What is a Superhero?

Being a mom is all about love. Teenagers reading this may not think so, but I promise you that it is. It is all about wanting to give your children the very best you have to offer. You’ll do anything in your power to help them learn and be successful. You want to be their biggest cheerleader. You try to protect them from everything that could possibly cause them pain or harm. You want them to have all of the happiness and love and joy that life has to offer. In fighting for our kids we turn into Mama Bear. We conjure up superhuman strength and move mountains to pave their way and make sure their lives are full of hope and possibility. 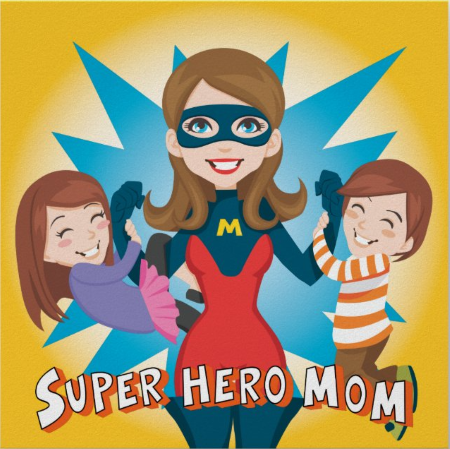 Until we can’t. Until Kryptonite comes along and strips us of our strength. That unexpected element whose presence saps us of all the power that we thought we had.  MALS was my Kryptonite. Since Becca explained this compression syndrome in her post yesterday, I won’t rehash the symptoms and details that she already covered. I will say that while I felt that I handled the initial years of Becca’s illness with a modest degree of sanity remaining, I wasn’t prepared for completely losing my mind over such overwhelming helplessness. Words will never do it justice. The reality is far beyond my capability to elucidate.

Every day a mom is supposed to get her kids up, feed them, send them off to school, feed them again, feed them again, and often feed them again, then send them to bed. That’s the very basics of being a mom. Everyone can do that, right? Not me. Not with Becca. Not with MALS. My day wasn’t that simple. I couldn’t get her out of the bed in the morning. She couldn’t stand up. Her pain was so intense I couldn’t even get her to move. Nor could I get her to eat. I tried. I tried, I tried, and I tried. All day every day. It was always a losing battle. There were little glimpses of her potentially keeping food down, then the vomiting always began. I couldn’t stop it. I couldn’t even stop the hours and hours and hours of pain-induced tears. The stress of watching her physically disintegrate down to a mere 102 pounds (at 5’11”) killed me. She was emaciated and it was beyond my ability to control. My daughter was at death’s door and everything I tried ended in failure. I felt that failure acutely every waking moment of every single day. Every single day I woke up knowing I was fighting a losing battle. I cried almost as many tears as she did. I’ve never felt so powerless.

That’s not the way it’s supposed to work, though, right? I’m supposed to be a superhero, right? That’s what moms are. We run errands at the speed of lightning. We fight for our kids with the strength of The Incredible Hulk. If physically even a remote possibility, we would happily fly around the world fast enough to turn back time and prevent our kids from making stupid mistakes.

Here I was giving it everything I had, but it simply wasn’t good enough. Never good enough. I felt like I made no difference whatsoever. I seriously even had people so bold as to tell me I wasn’t doing a good job, so thank you to them for playing on my already feeble mom insecurities.

Well … I’ve had to redefine what I think a superhero is. I no longer look at Superman, Batman or any of the Marvel characters as “superheroes.” Don’t get me wrong — they are fun and entertaining to watch. But they all have superhuman strength, skills or gadgets that propel them into that stratosphere. But us? We only have human strength. No matter how hard we try, or how much we want to change certain things, we have limitations. We don’t go into every fight pretty much knowing that we are going to win, that justice will be served and that there will be a happy ending. So for me a superhero starts with fighting that fight anyway.

Christopher Reeve, who played Superman in several movies, said, “I think a hero is an ordinary individual who finds strength to persevere and endure in spite of overwhelming obstacles.” 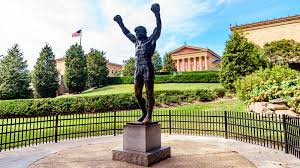 It is YOU who have my awe and my admiration. You are the ones we should be celebrating. Your face should be on cereal boxes. They should write books and make movies about how incredible you are. People should build monuments in your honor so everyone can remember your always unnoticed hard work and the painful sacrifices that you are called to make. They should even make toy mini-replicas of you so that others can carry you in their pockets and be always reminded of how great you are.

I should make you a brightly-colored, gaudy uniform worthy of your status so everyone instantly knows how super you are. But Halloween is over. And I can’t sew. Not one of my superhero powers.